The climate of Fair Isle is far milder than you might expect; it is often recorded by the Met Office as being the sunniest place in Britain - and even in the depth of winter it rarely snows or freezes. 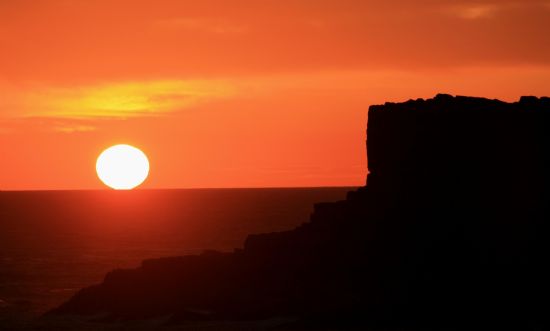 The island is surrounded by the Gulf Stream. This ensures that the air temperature seldom drops below freezing in winter - and in summer often allows better weather than experienced by the rest of the UK 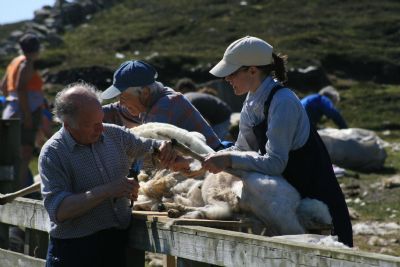 That being said, the storms here can be dramatic!

The keyword to Fair Isle's weather is CHANGEABLE. Never boring it  can alter rapidily, so when you come do bring an anorak and a jersey but make sure you pack a T-shirt, sunglasses and some sun screen too.

The Green Flash occurs as the last point of the sun at sunset turns green, it is a rare sight in much of the world but with the clear horizons and clean air of Fair Isle it can be seen on a number of occasions throughout the year. On Fair Isle you can also witness the much more elusive Blue Flash - 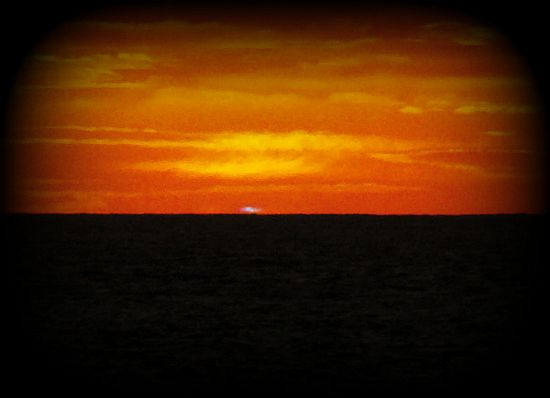 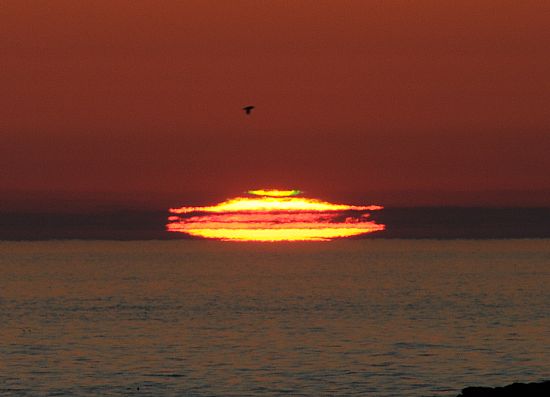 You can find the current Fair Isle weather, plus webcam pictures on:

For information on staying here see our Home page